Staying in shape is challenging in middle age. Long gone is the white-hot metabolism of young adulthood that burns off the worst diets with little effort.

Muscle mass in men begins to decline as early as your thirties but picks up steam at age 40, where you’re likely to lose a pound of lean mass a year if you don’t engage in physical activity. If we’re lucky enough to reach 65, that’s more than 25 pounds of lean mass that have disappeared.

To reverse this trend, many men head to the weight room and start pumping iron, figuring that’s the quickest and most efficient way to maintain that lean mass and even add to it. Resistance training is a proven method to build lean muscle with countless available exercises, whether you’re performing a traditional body-parts routine inspired by bodybuilding, a more functional core training regime, or a more modern CrossFit program. 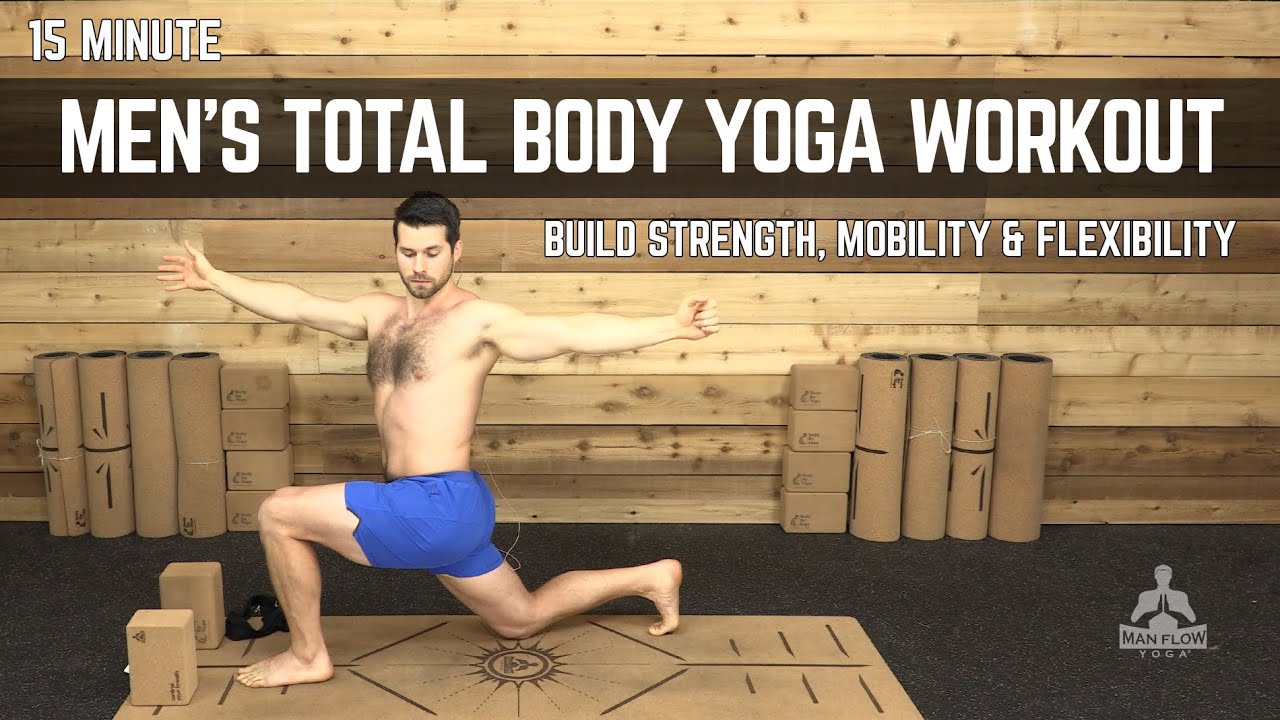 Yoga, yoga for men, in particular, is a better option. It’s not that over-40 men can’t handle the stress of traditional strength training or benefit from it. It’s just that when it comes to building muscle after 40, yoga might be the path of least resistance.

That doesn’t make yoga easy, but the all-bodyweight routines make the practice most valuable for over 40 men, who are more likely than their younger counterparts to spend their days hunched over computers, wedged behind steering wheels, or cramped into airline seats.

As a result, their hips and glute muscles tighten, and their bodies fall out of their natural alignment, which causes a chain (of pain) reaction. When the hips and glutes don’t operate properly, more pressure is placed on the knees. Since guys sit hunched over, their shoulders round and necks jut forward, which places more pressure on the back. Indeed, back pain isn’t an ailment so much as it is a symptom of other issues.

A mid-career guy who goes from the office to the weight room with this tight, deactivated body is risking a host of injuries. If nothing else, he’s not in the best position to get the most out of his workout and build muscle.

Yoga, on the other hand, counteracts the damage done by hours of sitting and puts men in a better position to build muscle through bodyweight movements of yoga. Whereas guys in the weight room might look at a pre-workout stretching routine as a prelude to training, if they warm up at all, yoga is an integrated program.

The core training trend that became popular in the early 2000s showed guys the importance of stabilizing the tiny muscles around the hips, midsection, and shoulders to create greater mobility and stability to produce more efficient functional movement that mimics the motions of everyday life. That’s good, but yoga, too, accomplishes that and builds muscle in one workout, which can be done anywhere with no equipment other than perhaps a mat.

When it comes to building muscle after 40, it’s not just about yoga. Nutrition and sleep play equally important roles.

An integrated nutrition program is crucial, but for now, let’s talk about post-workout nutrition. At the end of a workout, your cells are wide open and screaming for nutrients. If you haven’t had a balanced meal within hours of your training session, eating immediately after can jumpstart the recovery process by replenishing glycogen stores, strengthening the immune system, and stimulating muscle protein synthesis and repair.

One of the top training goals is to create lean mass, which burns more calories at rest and during training. But by not eating immediately following a workout, our bodies first turn to our hard-earned lean mass for energy. As much as we’d like to think the body would look to its fat stores, it doesn’t work that way. By losing lean mass, you’re creating a body that burns calories less efficiently.

Ideally, your post-workout nutrition should consist of both protein and carbohydrates. Each nutrient plays an important role; protein helps aid with tissue repair and carbohydrates help to replace muscle glycogen or your energy stores. Both maximize the recovery process. It is recommended to optimize the ratio of carbohydrates to protein in your post-workout shake. Aim for about 20-30 grams of protein and the number of carbohydrates will depend on the intensity level of your training session. A 1:1 ratio is ideal for lower to moderate training intensity sessions lasting 60 minutes or longer, a 2:1 ratio for moderate to high intensity, and a 3:1 for high-intensity, long-duration type of sessions.

Getting adequate sleep is crucial to building muscle, especially after age 40. During sleep, your brain can repair, restore, and lock in all that you’ve accomplished that day. Your body does the same. This is where the majority of your hormones such as growth hormone and testosterone are released. It’s when your fascia, muscles, and neuromuscular system go through an upgrade from the stimulus you gave it that day on the yoga mat.

Without sleep, recovery cannot happen. Deep sleep releases the optimal growth hormone and testosterone necessary for your body to recover from the stimulation it received that day. This results in increases in lean body mass, decreases in body fat, and an overall improved recovery of all of the body’s physical systems. Deep sleep is important for restoring muscle and building immunity.

The foundation of great sleep is consistency, getting between seven and nine hours of sleep a night during the same timeframe. High achievers sometimes pride themselves on how they’re able to operate on little sleep. It’s important to manage time and performance and this starts with sleep. If you choose to prioritize other things over sleep, you are deficit spending with your performance and health.

In an ideal world, you’d go to sleep at the same time each night, so that your body can continue to build a rhythm to your day and ultimately to your sleep. The more sleep you get before midnight, the better night’s sleep you will receive. You’ll undergo more REM and deep sleep, releasing more positive hormones.

Eight hours is considered the gold standard for sleep. The National Institute of Health (NIH) recommends 7 to 9 hours of sleep for adults regardless of age, though people typically get less than that. 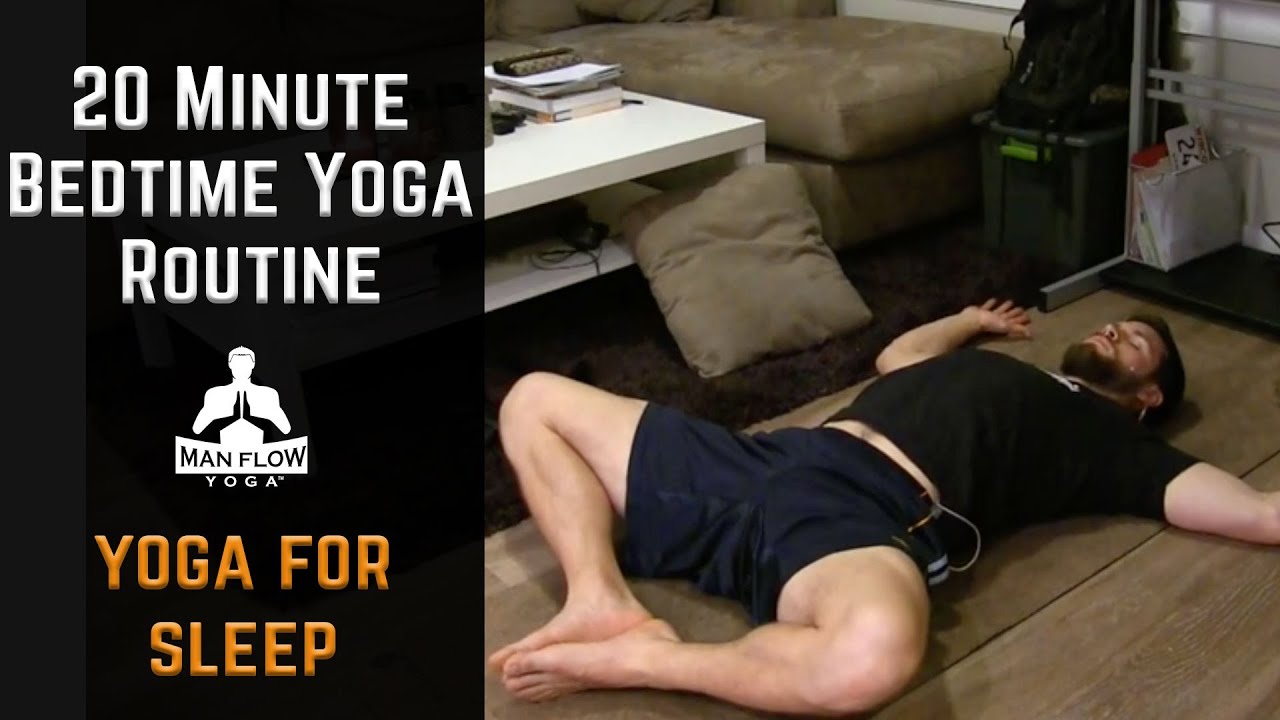 Can you build muscle after 40?

Yes. Though men typically lose a pound of lean body mass per year after the age of 40 if they lead a sedentary lifestyle, it’s possible to prevent this and build muscle. Some men, even guys who trained throughout their 20s and 30s, get in the best shape of their lives in their forties.

Can you build muscle mass through yoga?

Yes. Though yoga is not usually associated with strength or resistance training, the practice’s bodyweight movements are a test of both. Plus, yoga, unlike traditional weight room work, lengthens and strengthens muscles.

What is the best food to eat after a workout to build muscle?

A mix of quality protein and carbohydrates that can be found in many post-workout recovery drinks. Some guys prefer beef jerky or an apple with peanut butter. The key is to consume something within 30 minutes of wrapping up a workout.

What causes a lack of deep sleep?

Alcohol often is a culprit. Staring at screens (TV, tablets, phones) in the hours before bedtime also contributes.

How can I sleep deeply naturally?

Develop a consistent sleep ritual where you go to bed and wake up at the same time every day. Turn off all screens at least an hour before bedtime. Remove them from the bedroom, which should be used for only two things.