This week I’ve attempted to build three new habits into my daily routine. One has been surprisingly successful. The other 2, I haven’t repeated once.

Want to know what made the difference?

Anybody can do this, without buying anything, in about 2 seconds. Read on. 🙂 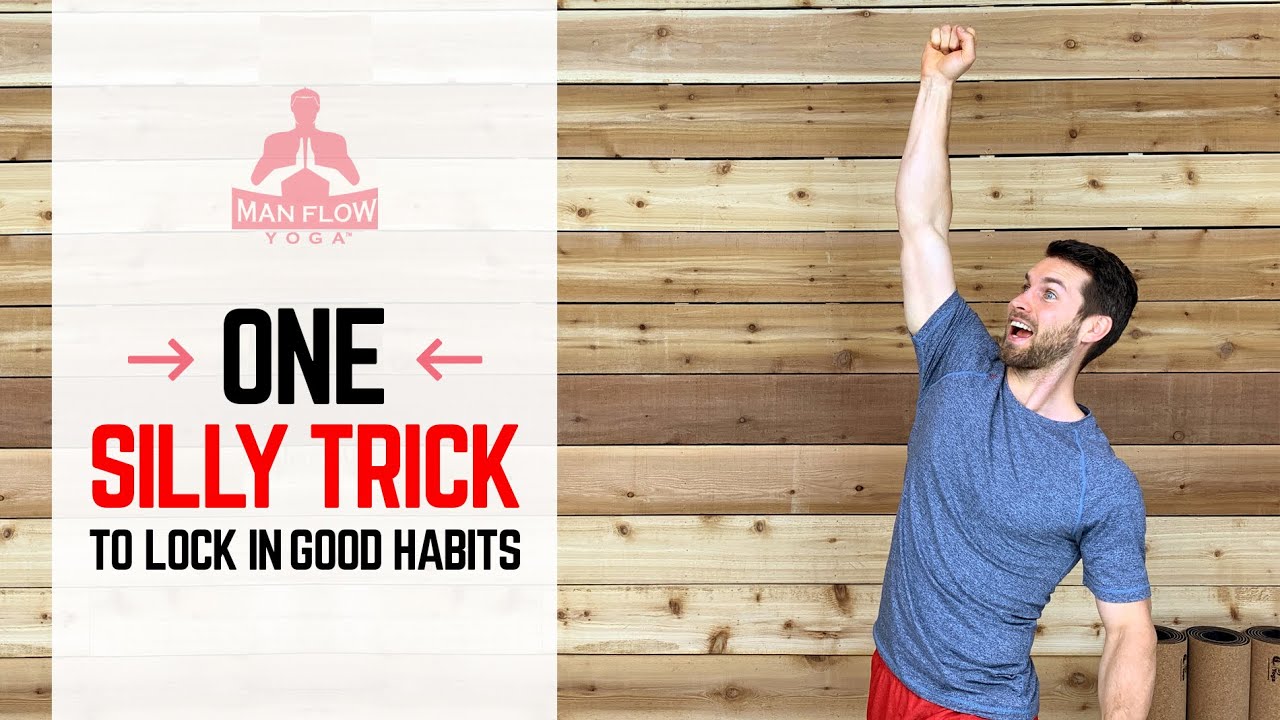 At the beginning of this week, I decided that I would attempt to build two new habits into my life. I was inspired to do this after reading “Tiny Habits”, a brand-new book by BJ Fogg, a behavioral psychologist at Stanford University. The main idea of the book is that we can create permanent life-changing habits by starting them off as tiny, seemingly inconsequential habits.

Without going into too much detail, the idea is to look at the habit we wish to establish, think of a way to break that habit down into a tiny, as-frictionless-as-possible action, and to use certain strategies to establish the pattern of behavior into an automatic behavior.

I decided to put this idea into practice, and I did so by creating three habits.

Notice that I am attaching my desired behavior to existing daily habits.

This is called different things by different people – Charles Duhigg calls it a “habit sandwich”, James Clear calls it “habit stacking”, and Fogg calls it “anchoring” – but the bottom line is that you are using an existing habit as the prompt for a desired behavior.

Now, despite me going to bed at night and thinking about these three habits throughout the day, only one of them has stuck – and not because I place more importance on it than the other.

Believe it or not, the habit that has STUCK is hanging on a pull-up bar – and in mere days of practicing it. (Also, remarkably, not the post-walk yoga habit, which you would think would be more important to me!)

There are 2 reasons for this

The first is that being outside my front door is a very busy environment. There are cars driving by, people walking, winds blowing, and in general, just many more distractions that can prevent me from noticing the prompt for the behavior, which is putting the dog leash back on the porch.

The second reason, however, is more important. And this, I believe, is the main reason why one habit was established, and one wasn’t. At the end of taking 3 deep breaths, and at the end of doing my one yoga posture, I marked a checklist on my mental to-do list, and went on with what I was doing.

When I finished hanging on the pull-up bar, I did something… silly.

I pretended like I had just received some great news, or had completed something that required skill and effort. I raised my hands overhead, said “WOOH!” a couple of times, and did a little dance.

By doing this, I tied EMOTION and the neurotransmitter of success (dopamine) into this behavior. And the shocking thing about this is that it only took ONE instance to help make it stick. I know this because of something that happened the next day.

I was standing at my office desk, looking out the window, and had reached a small mental block in my work. Nothing abnormal, but a small pause that signaled I needed a quick mental break. And you know what I thought of?

Yup. For some reason, my brain started prompting me to hang on that pull-up bar.

And it wasn’t because it wanted me to be healthy and take care of my shoulders. It was searching for an easy win; something that resulted in a quick dopamine boost. And because I had celebrated at the end of hanging on the pull-up bar, it was thinking about the pull-up bar hang.

It was saying, “Hm… looking for success. Ooh! Do that pull-up bar hang thing, that felt good!”

So I walked over to my pull-up bar, hung on it for a couple breaths, let myself down, and did another celebration. “WOOH! Yeah!” *Karate kick*

There’s a reason why this works. And why “rewarding” yourself with a massage if you can do 3 workouts per week does not. And it’s the same reason why you can’t train a dog to do a new trick unless you immediately give them a treat after they complete it.

When you celebrate immediately after performing a behavior, you are hacking the biology of your brain.

You are training your brain to associate a particular behavior with the reward.

The dopamine release that you give yourself when you celebrate becomes connected with the behavior that preceded it. And the really cool thing about this? It doesn’t necessary take weeks or months.

If you can combine FREQUENCY and INTENSITY, you might be able to hardwire that connection into your brain in just days – or less.

After coming to this realization, I thought harder. Was it placebo? Was it a coincidence? Even if it was, I don’t care. I’m sold on the benefit of celebration to lock in new habits. And I urge you to try it out over the next week and see if it works for you!

Bonus: This may seem even MORE silly, but try practicing multiple reps of this behavior. If I really wanted to lock in this behavior, I wouldn’t just do it once. I would REPEAT the process 10 times in a row! Any type of practice utilizes this same concept, whether it’s rehearsing a speech, practicing a jump shot, or – in my case – making a short 30-second video. Why not the same for life habits?

Hope you enjoyed reading this!