When you’re new to yoga, it might seem strange that there are only a few tools for your practice – a yoga mat, yoga blocks, and sometimes a strap. It’s obvious you stand on a mat, but what do you do with blocks?

If you don’t already have some yoga blocks, you can get some HERE.

Do I Really Need Yoga Blocks?

They’re useful for so many things that can help you grow your yoga practice safely and effectively.

PS- You can skip to the video below, if you want a video summary.

What Are Yoga Blocks For?

How do you use yoga blocks to increase your flexibility? If you’re inflexible, yoga blocks are used to modify poses to make them more accessible, allowing you to safely build flexibility in your capacity and range. The worst thing you want to do is to push your body beyond what it’s capable of and injuring yourself.

That’s why blocks are so useful. For example during a forward fold, a lot of people round their back and neck to “reach deeper”, but really they’re running the risk of throwing out their lower back and NOT doing the pose correctly.

It’s better to modify this pose with a block and “bring the floor” closer to you. This teaches you the proper muscle engagement, WHILE building mobility and flexibility in your capacity. On the other hand, if you’re already REALLY flexible blocks can be used to bring the “floor farther from you” or “deepen the pose”, allowing you the room you need to keep growing.

I often use this type of task cue with a yoga block between your legs or arms, especially during standing poses. Tasks are a lot easier for your mind and body to understand than cueing all the muscular engagements such as, “internally rotate your hips, engage your quads, and engage your hip flexor muscles”. Instead, I can simply say, “squeeze the block between your legs.”

Another benefit of blocks, especially cork blocks, is that they can be used as added resistance during poses to make them more challenging. 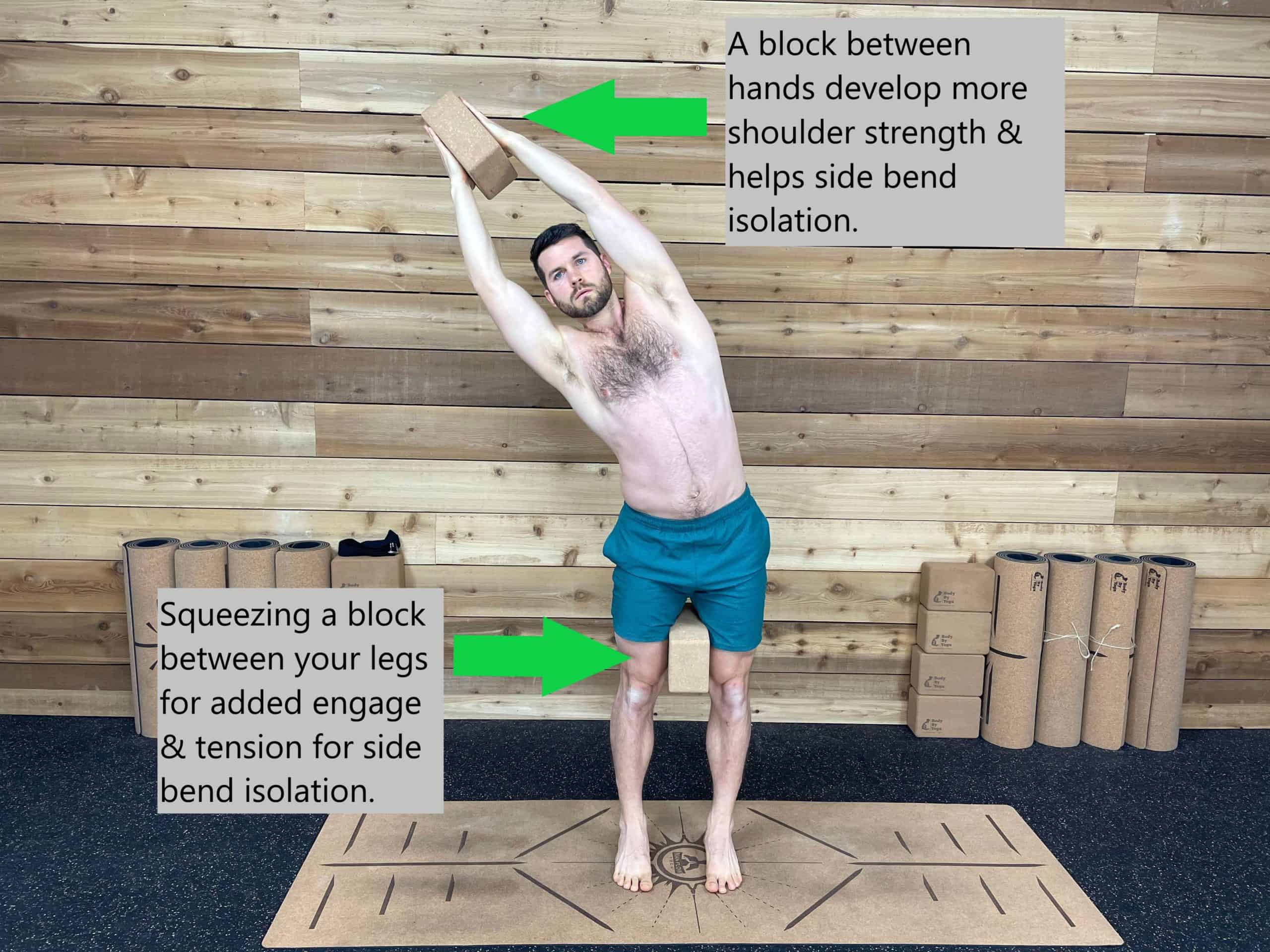 Sometimes or should I say, eventually, you’ll need more resistance during certain poses. This is especially true for prone poses with your arms reaching overhead or to the side. Blocks can add that little bit of extra weight you need to keep challenging yourself and growing.

How To Use Yoga Blocks?

There are so many ways to modify yoga poses with blocks from simple ones like forward fold or downward-facing dog to more complicated poses like triangle pose or supine twist. I’ll cover some in the video below along with the points above.

What Are The Best Yoga Blocks to Buy?

There are really only two types of yoga blocks on the market – foam blocks and cork blocks. Each have their strong points, but, generally, I’d personally buy cork yoga blocks. They’re more versatile and often higher quality, I’ll explain why below. Foam yoga blocks are still useful, but they’re just not as useful or as high quality as cork blocks. Foam blocks are lighter, not as easy to stand on, and quite unstable for really leaning your weight into them.

The only reason I’d use a foam block is to brace my knee against the floor for certain modifications like a low-lunge, where a cork block might be uncomfortable. However, you could still put a towel over your cork block and get the same effect. These are my favorite types of blocks, because they’re more useful in terms of versatility. Cork yoga blocks are more stable, heavier, and often bigger – allowing more versatility in modifications.

Because they’re heavier, they can also be used for added resistance in poses, allowing you to deepen a posture and challenge yourself.

How Many Yoga Blocks Do I Need?

You’re going to need two blocks for the majority of yoga modifications. This covers all your bases from balancing postures, strengthening poses, and more.

What you don’t want is to be in a pose, where you need more support, and not have the necessary block to help bring the pose into your range of flexibility or help you with balance. You can buy blocks directly from us at Man Flow Yoga. We sell a block set including two high-quality sustainably sourced cork blocks with a bonus yoga strap included.

Click HERE to get your Cork Yoga Block Set today! Where to Put Your Balls During Yoga 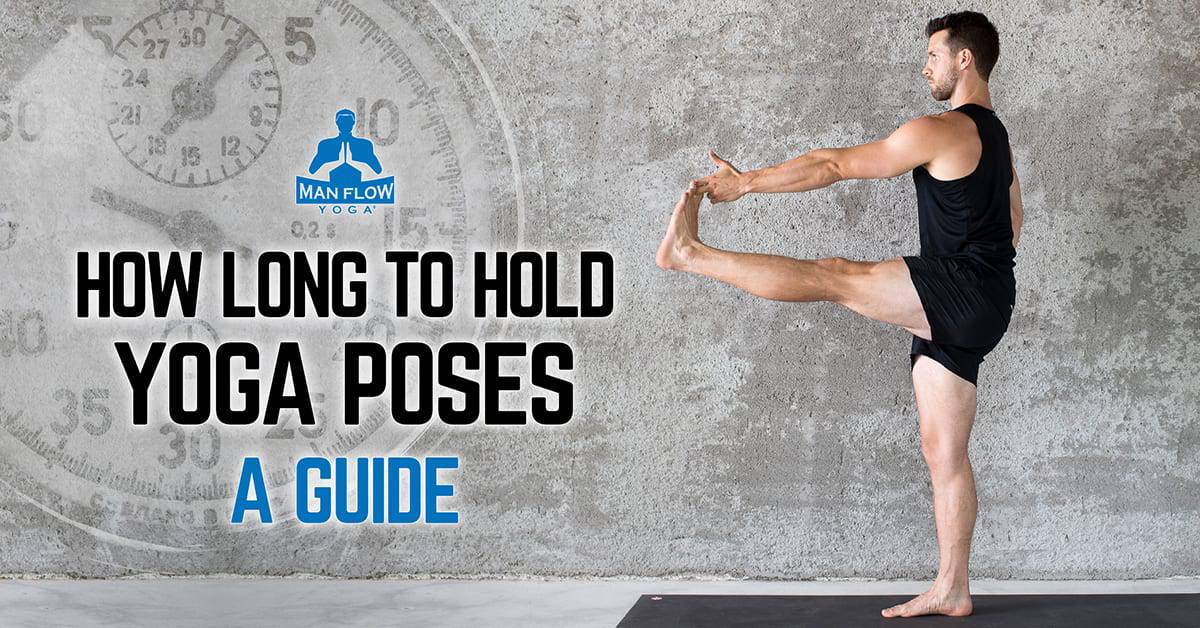 How Long to Hold A Yoga Pose 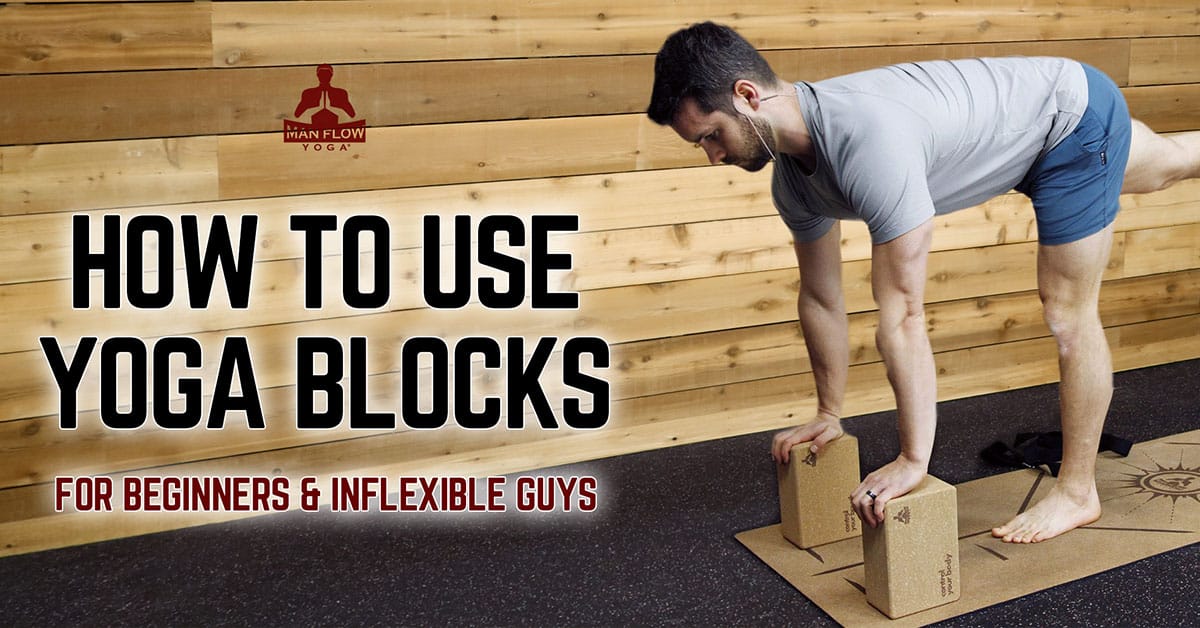